I live in Portland, Maine, with my husband Stephen (architect, photographer, and talented cook) and our amazingly fabulous cat Betty. When I’m not writing, I usually can be found with my head in a book. I try to read widely; still, I do play favorites with authors such as Peter Ackroyd and Patrick McGrath.

I was born and grew up in the Bronx and later lived in Brooklyn and Manhattan. I earned an undergraduate and graduate degree in English Literature at New York University before going on to work for about twelve years as an editor in publishing and packaging at Ballantine Books, Daniel Weiss Associates, Inc., and Kensington Publishing Corporation. Mostly I developed, acquired and edited projects, usually fiction, in Adult, Young Adult, and Middle Grade categories. 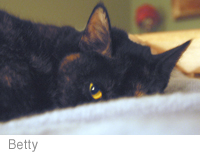 In 1996, I moved to Boston and began freelance editing, ghost writing, and reviewing manuscripts. I was a can-do wordsmith for hire, grinding out books on everything from the importance of shark liver oil in one’s diet to feng shui for the amateur; I also worked on what seemed like a million Young Adult series installments. Eventually I decided I'd rather work on my own projects so I made a  proposal to my old friend and colleague John Scognamiglio at  Kensington. After a couple of false starts he signed me up to write LIVING SINGLE, which was published in 2002 (and has since been re-issued!). Since then I've been writing one novel a year (ok, sometimes two or three!), and I've also contributed novellas to four collections John put together. 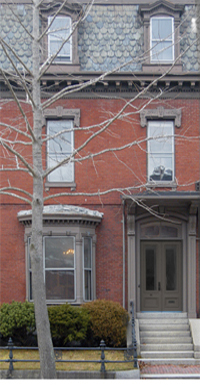 In terms of life outside reading and writing, Stephen and I moved to Maine in 2003 and recently updated an 1865 brick townhouse in downtown Portland and we love living in this old seaside town. We entertain a good bit -- Stephen cooks, I set a nice table and clean up afterwards. We’re happy to live in an area so full of people who support the arts. Portland itself is alive with theatre and music, and it's the home of several museums, including the impressive Portland Museum of Art, and good independent bookstores catering to serious readers such as Longfellow Books.

Not everyone gets to do what she loves for a living and I’m so very thankful to my editor, John Scognamiglio, and to all the people at Kensington, as well as my readers, for allowing me this great gift. Happy reading!